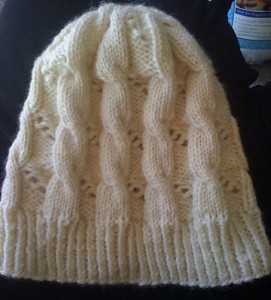 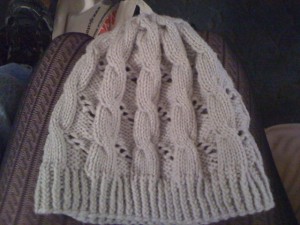 Instead of a normal k1p1 rib on the brim, I do k1tbl p1 so the twisted knit stitch stands out more instead of stretching and distorting.

From here out, just like the pattern, the first stitch gets knit together with the last stitch of each round.

I bound off here instead of going down to 5 stitches.

It still felt a little big but it was better than it would have been. I forget exactly how I modified Grandma’s hat, but I let the top be a little bit longer and I dropped some rows in the hat itself. I need to make one more to straighten it out and then I’ll post it.

I had also made some crochet flowers for Amanda to pin onto her hat so she could change the look. Most of the pictures came out pretty crappy, but here are three of them anyway. I’m not sure what I did with the pictures of the other two. I’ll add them if I manage to find them. I never put them on Ravelry, either. 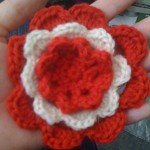 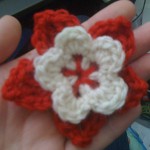 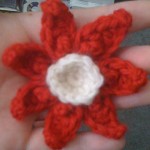