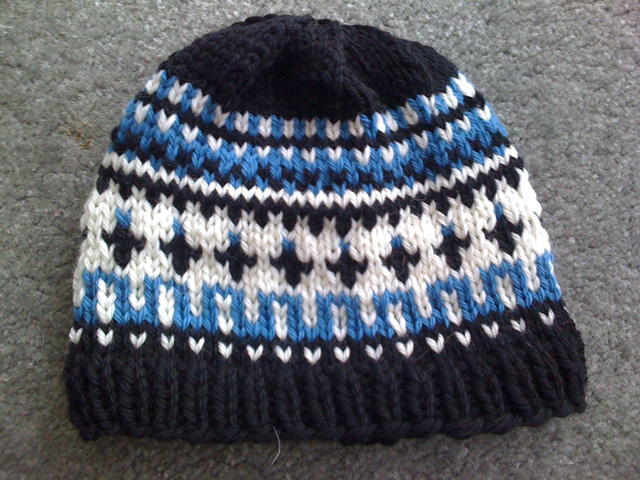 Not half bad for someone who's mess at stranded colorwork! 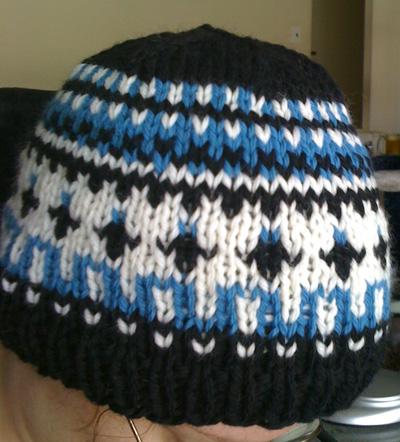 I was so happy it didn't look bad stretched out so I could keep it.

I started this hat last November and had to put it down to complete Xmas gifts. Even though the pattern isn’t written in English, it has a chart so it’s easy as pie to follow.

There’s a bit of a problem though. The bottom part of the chart doesn’t repeat right where the rectangles and crosses are. It’s actually missing two stitches at the end. I just ignored the mistake and repeated things properly so that the only weird-looking part would be at the seam.

In the future I would increase the chart by two stitches, and then cast on 72 stitches instead of 70 stitches. That way I have 6 sections of 12 instead of 7 sections of 10, and the extra stitches aren’t numerous enough to make the hat that much bigger.

I’m thinking that the pattern writer made the hat before writing out the pattern, and then mis-calculated what she had done after the fact.