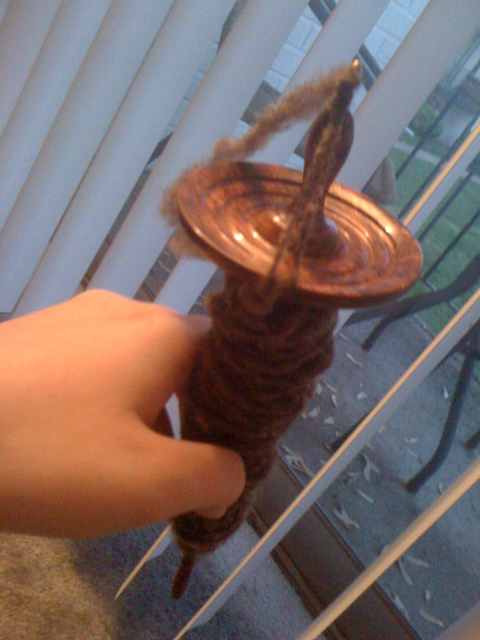 I had a great time at the Maryland Sheep & Wool Festival last weekend. Sadly I don’t really have any pictures of my time there because I was an idiot and deleted the pictures off my phone thinking I had pulled them all over, and alas, I didn’t!  I only had a few of the animals, anyway.

I went along with Sam, Efrain, and Josh (whose house I invaded for the weekend), and we met up with Rachyl (the Knitting Pirate), who gleefully and patiently helped Sam and I traverse the wares and seek out our first drop spindles.  We poked about at a few different stalls and eventually settled with Turnstyles. I also got a really nice ballpoint pen for Todd there, but I don’t see it about to take a picture of so he must have brought it to work already!

Besides that and the obligatory fibers, I also picked up a bar of Clovebud soap from Maggie’s Farm, Simmy’s Favorite Organic cat treats (I can’t remember the place selling this), and a button for the top of my newsboy cap. And that’s just the beginning of my loot for the weekend, heehee!

I know y’all wanna see my new fibers!  I’ll just stick pictures of them all in a row for you.  I only bought from places I’ve never bought form before, but frankly that wasn’t very difficult. 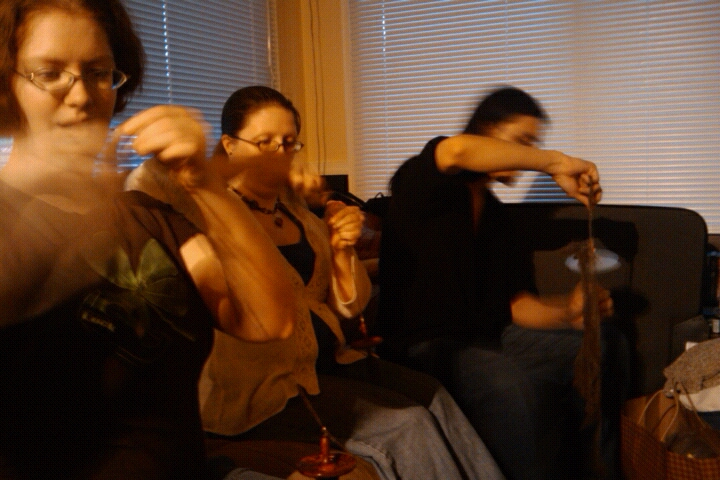 All in a row; ripe for a photo.

After spending lots of money on fibers and wood and yummy yummy lamb burgers, we all trooped back to Josh’s where Rachyl taught Sam, Efrain, and I how to spin. She seemed quite pleased with how well we all did, considering it was our first time. Efrain, having not purchased a spindle, made one out of a cd and a chopstick (is pot REALLY a gateway to carpentry?). I ganked a picture of hers from her blog because it’s just so awesome.

As it turns out, Josh had been hoarding away a huge stash of wool and alpaca roving from Frankenmuth Woolen Mill (I believe the receipts said 1994), for a friend who just couldn’t take it all with her when she moved, and gave it to us to split.  Good thing we got drop spindles, am I right?  Except for one ball (not shown below, but it’s the one I used on my spindle already), they all need to be washed. I might try spinning it without washing to see if I like the oil on my hands. 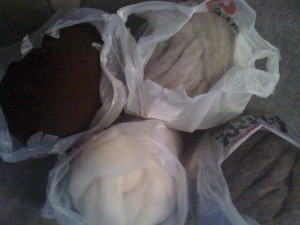 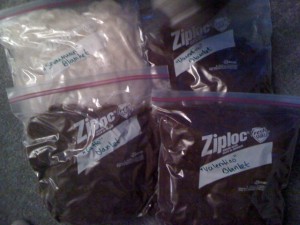 Come Monday, the Knit Picks order I placed before the festival arrived!  Knit Picks has just released a nice cheap yarn scale, and since previously I had no yarn scale and they all seemed to be pretty expensive, I jumped at the chance.  I also picked up a skein of Stroll sock yarn in “Soot” for an eventual attempt at making Todd a pair of socks, Charmed Knits, Circular Baby Afghans, and….

Oh man!  How awesome is Knit Picks for putting out Doctor Who yarn?  I knew I HAD to have it as soon as I saw it, and I’m not the only one: Knitting Pirate and Knitting Ninja both picked it up right away, too. They’re planning on knitting some Jaywalkers together, but, you know me – I’ve gotta pick something that will be way above my skill level and cause me to curse to the high heavens. So for my “wibbly-wobbly-timey-wimey” socks, I think I’ll be going with Diversion by Kirsten Hall.  Wish me luck!