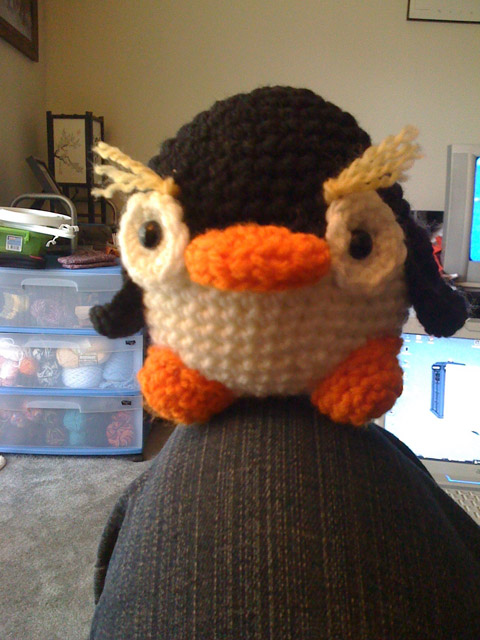 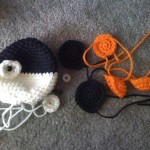 This is the second time I’ve used this pattern, and I love it just as much as the first time. The biggest difference is that I actually had 9mm safety eyes this time around, so they aren’t all derpy like the last one was.

Like the last time, I added on yellow eyebrows so that he would be an emperor penguin instead of a regular penguin. Those eyebrows give character, I say!  To make them, I unraveled a length of yellow yarn so that it had two plies instead of four, and then latch-hooked them around a crochet stitch.

It isn’t that hard to do this with a crochet hook and not a latch-hook. Essentially, you loop the yarn around the hook, pull the loop through the stitch, and then you grab the two loose ends with the hook and pull them through the loop. Pull tight!