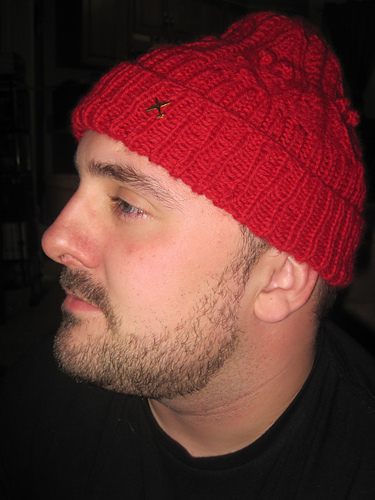 He looks so noble!

This hat was awesome to make. It looks complicated but actually works up pretty quickly, especially once you get past the long stretch for the folded-over brim.

I wanted to make my friend Mike a hat for his birthday that was sneakily nerdy. At first I was going to do Zissou’s hat from Life Aquatic, but once I saw that there was a pattern for Wilf’s hat from Doctor Who, I knew I had to do that one.

I ordered the plane pin on Ebay for more authenticity. It’s a 1970’s Vintage USAF B-24 Liberator Airplane Pin.  Not the pin that Wilf had on his hat, probably, but it looks close.

I made the following changes to the chart since they seemed like boo-boos. 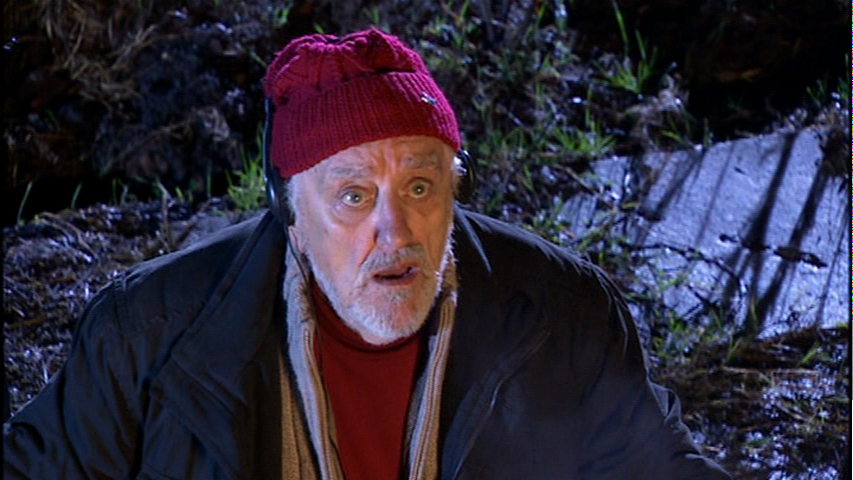