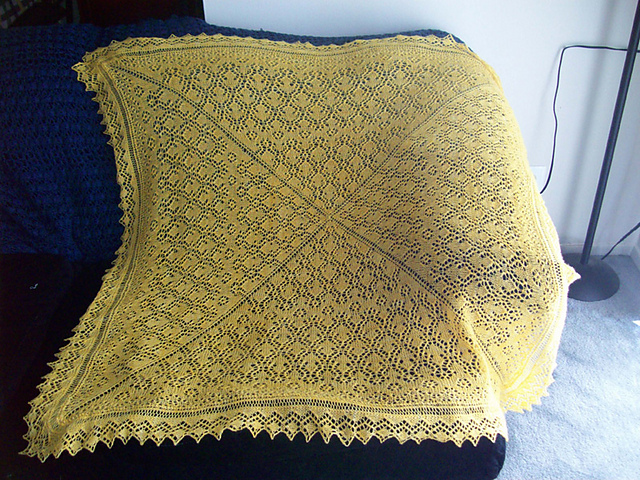 This was a mystery shawl that started in June, 2009. I managed to keep up with clue releases until clue 4, and then I fell behind and eventually gave up on the shawl altogether until August 2010, when I motored on it and finished it for my birthday. It used about 1372.8 yards of yarn and is about 46″x46″. 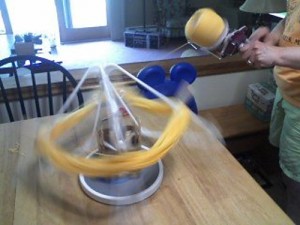 I wish I was better at blocking because I feel like this could have been stretched a lot more than it was. I also could have gone up to a size 5 needle, because I have about half a skein of yarn left (enough for another shawl!).  I definitely know by now to go up a needle size or two on shawls because mine always come out way smaller than the pattern claims.

This project was what I originally made my “ghetto swift” for. It’s made out of plastic hangers, a cheap lazy susan, clothespins, and elastic.  I’ve since learned that it works a lot better if I stick some weight in the middle to hold down the hangers.

The edging on this was a huge pain in the buttocks, by the way. It felt like it took forever. People were telling me to just change it and I was like, “I REFUSE! It’s too pretty to change!” 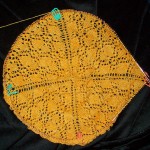 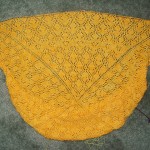 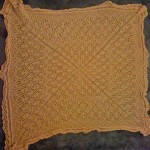