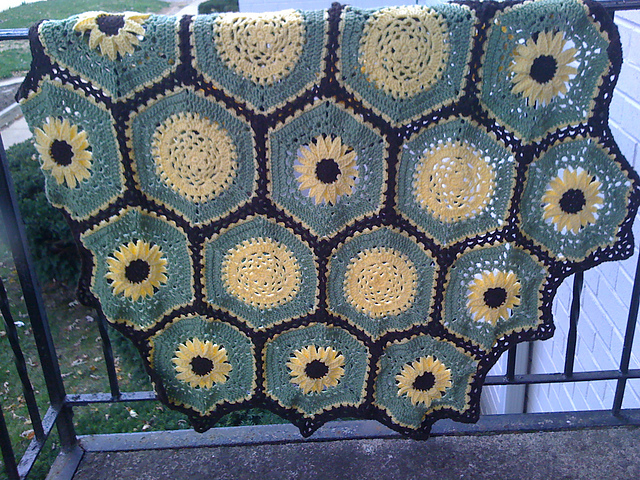 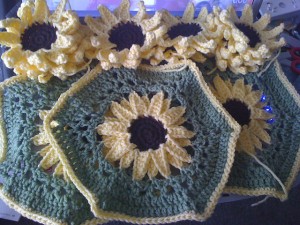 The sunflowers look a bit wilted before being sewn into blocks.

This afghan was, unsurprisingly, for my mother’s birthday. She loves sunflowers!  I’m lucky that she hasn’t stopped liking them. It makes gift giving very easy.  It came out more of a throw than an afghan, but it’s big enough for her to snuggle under it, and she’s taken it to work to help fend off office-coldness.

This blanket took about 1340 yards of yarn. I felt like the yardage was way off in the pattern, because I used almost a skein less of green and yellow than called for, but needed more brown.  My gauge was tight, that’s true, but that means if I had been looser as called for my brown yardage would have been REALLY off, and I was only short by a smidgen as it was.