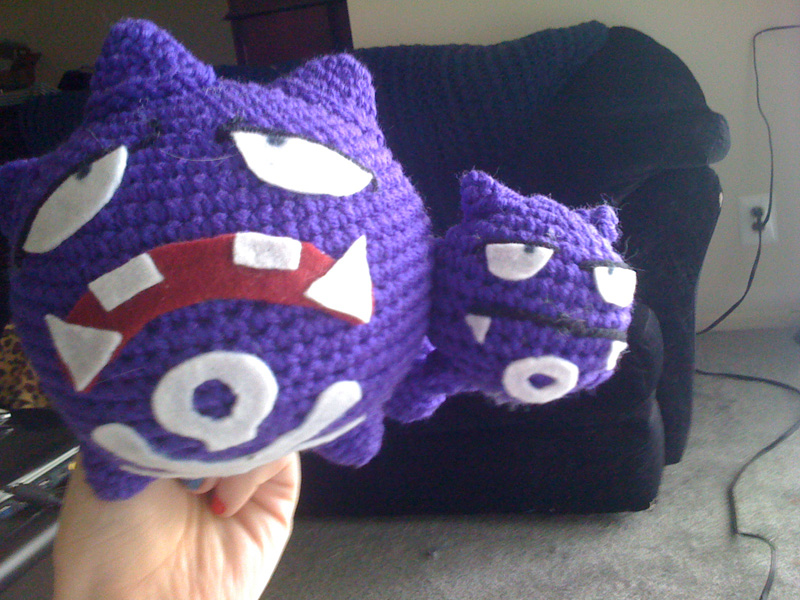 I changed my mind. Since nobody guessed the pokémon Wednesday, and because I’m too lazy to resize the pictures of Chianti, here he is: Weezing, in all his hideous, hideous glory.

I was invited by the pattern writer to come and test some of her patterns because she was worried they may not be understandable. I LOVED that she had patterns of pokémon that aren’t even CLOSE to being cute, and I had the purple out from other projects that shall remain nameless until Sunday (¬_¬), so here’s Weezing! I have named him Smaug. You can learn more about him on his Bulbapedia page.

The giant ball for his main head was the worst part of this pattern. It felt like it took FOREVER to crochet, and after that it felt like it took infinite amount of stuffin’s! The felting was really hard, too. I basically outlined each ball on a piece of paper as best I could and tried to draw in the features from the game artwork. Then I cut out the pieces from the paper and used them as templates for the felt.

Smaug has taken a liking to Todd. So far, Todd has found him on his computer monitor, on top of the Xbox360,  in his sock drawer, in his closet, and any time now he’ll be discovered in Todd’s lunch box in the fridge.

To see what others have finished this week, check out Tami’s Amis FO Friday post. 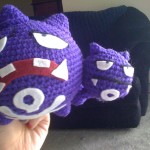 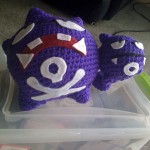 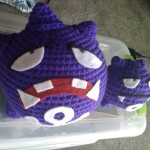 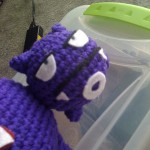 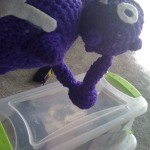 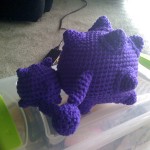 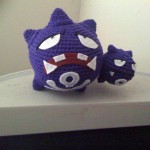