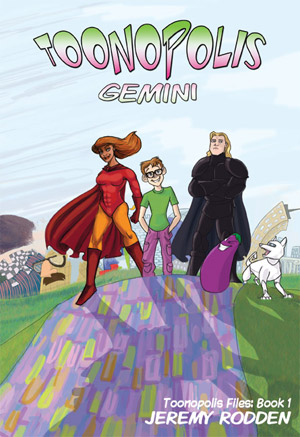 This Sunday I am squeeing about the series of novels my good friend from college, Jeremy Rodden, is writing: The Toonopolis Files.  The reason for this is because he recently wrote a post about having second-novel jitters, and I thought it’d be good self esteem boost if I talked about how excited I am about his upcoming short story, Toonopolis Short: Anchihiiroo.

First, a bit about his first novel, Toonopolis: Gemini, which is available on Amazon and Barnes and Noble for $.99 as an ebook. A bargain!

Toonopolis is a cartoon world, and Gemini gets inserted into it and loses his memories. He has an altercation with a Shadowy Figure who is disappearing cartoons and essentially destroying Toonopolis, and after realizing this evil-doer holds the keys to his memories, reluctantly decides to stop the Shadowy Figure and save Toonopolis.

This book is awesome for both kids and adults that are into such things as video games, superheroes, comic books, anime, cartoons, etc. Parodies and lampshades abound. You’ll find yourself chuckling at the stereotypes inserted in the book and saying things like, “Yeah, it totally does work that way, doesn’t it?”

Jeremy has decided that in between his first and second books, he will be releasing a short story based on one of the characters in Toonopolis: Gemini: Anchihiiroo.  This book will be released FOR FREE to encourage people to have faith in his series and writing and remain fans of his through future novels  As a long-time friend and fan of Jeremy’s work, I’ve gotten to read the beta chapters so far. 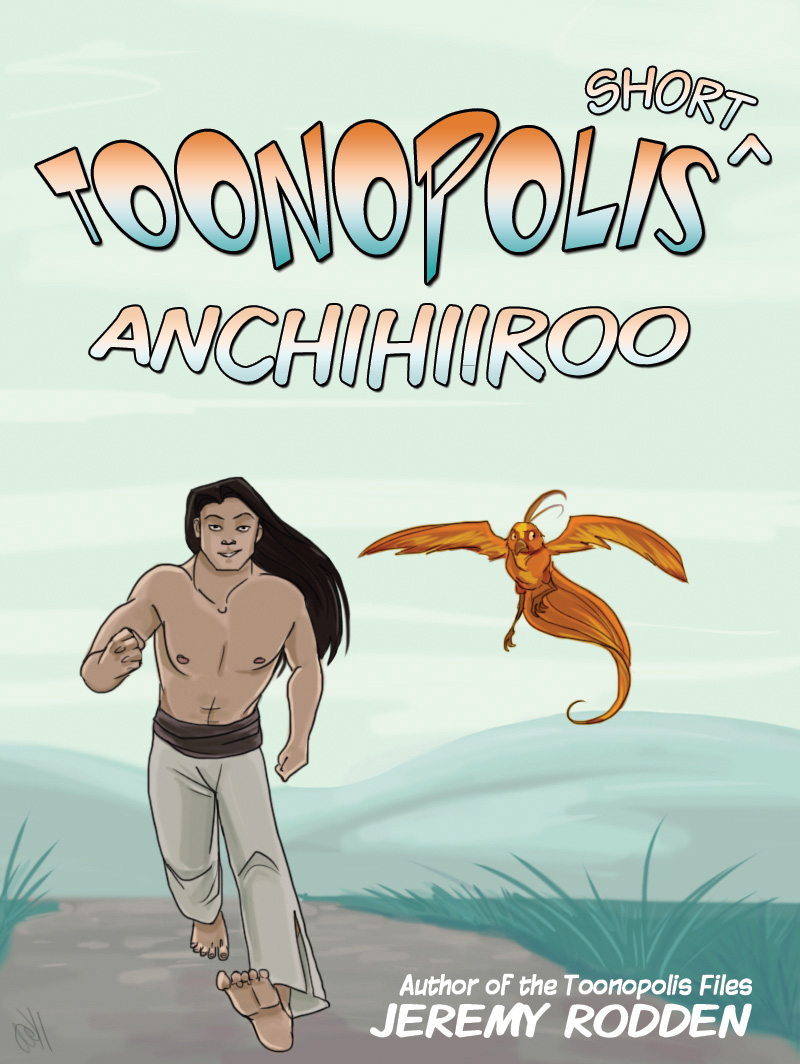 Anchihiiroo is a minor villain in Toonopolis, and the book is his story before he became bitter enough to turn against his antihero formula. It’s written in the first person and has a more serious tone than Gemini did.  You learn about how Anchi’s village got sacked in the great Ninja/Pirate War, and even though the events are really sad, I still found myself giggling at some of the silly stereotypes that still get thrown in, because in the end, this is Toonopolis, gathering area of everyone’s ideas, and that’s just how it is.

And then we meet the phoenix Suzaku, and I became completely enamored of this book.  I’m drawn to Suzaku’s no nonsense but snarky character, and I’ve been trying to resist bugging Jeremy to write more for me to read. I feel really upset that Anchi could meet such a being as Suzaku and still end up trying to become a villain. It just breaks my heart, and I want to read it NOW.

So, you guys, if you could pop over to Barnes and Noble, or Amazon, or even Smashwords, and pick up a copy of the book for your e-readers to encourage Jeremy to write, that would be awesome. The book’s also available as a paperback or hardback book. To give you more incentive, I helped with the covers by doing all the lettering. :)  (The awesome Cami Woodruff did the artwork. She is amazing.)

As always, you can link to your own squees below!